When choosing the look you are hoping to achieve, keep in mind that appearance determines the grade of flooring and all of our NOFMA grades are equally serviceable flooring products. Each grade meets the same high standards for machining quality and all grades are made from high-quality flooring lumber that has been properly kiln-dried to ensure long-lasting beauty and durability. The grades we offer are NOFMA Clear, NOFMA Select, NOFMA No. 1 Common, NOFMA No. 2 Common and Character or Rustic Grade and Reclaimed Lumber. These grades are differentiated by the amount of “character” (knots, mineral streaks, color variation within and between boards, etc.) that will appear in your floor after it’s been installed, sanded, and finished.

The sample photos below provide a good representation of the “look” you can expect from each grade: 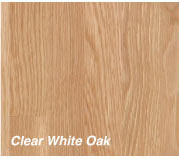 Clear Grade – Consists of mostly heartwood. Allows for all of the natural heartwood color variations, with minimal character marks. Will result in a floor with infinitely variable grain pattern, but still the most uniform appearance (least variation) of any grade. 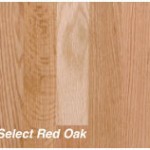 Select Grade – Contains all the variations in color produced by the contrasting differences of heartwood and sapwood. Also contains minimal visible character marks such as small knots, mineral streaks and slightly open characters. The combination creates a visually interesting floor where light sapwood and dark heartwood are combined with small characters and other small color interruptions.

No. 1 Common Grade – Characterized by prominent color variation as well as prominent (but limited in size) character marks such as knots and open checks, as well as variations resulting from drying and machining processes. This grade results in a tasteful floor where prominent variation is to be expected. 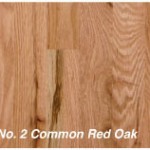 No. 2 Common Grade -May contain a wide range of sound natural and manufacturing variations of any size, including knots, knot holes and other open characters, as well as prominent color variation and irregularities resulting from drying and machining processes. This grade is desirable where numerous notable character marks and significant color contrast is to be expected. NOFMA No. 2 Common may include a small number of boards deemed unusable by your installing contractor.

Character or “rustic” Grades – Knots, mineral streaking, wide color variations from one board to another are common. 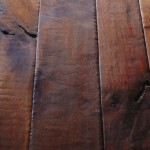 Please take a few moments to check some of our customer testimonials and then get in touch with us for an estimate on your hardwood flooring needs or to meet with one of our design consultants to custom design your new floor.  You can visit us at our Newark, DE Showroom or we can come to you. Call (302) 731-8009 (Delaware) or (610) 631-3200 (Pennsylvania) or Visit Us.